You are here:
Gardening 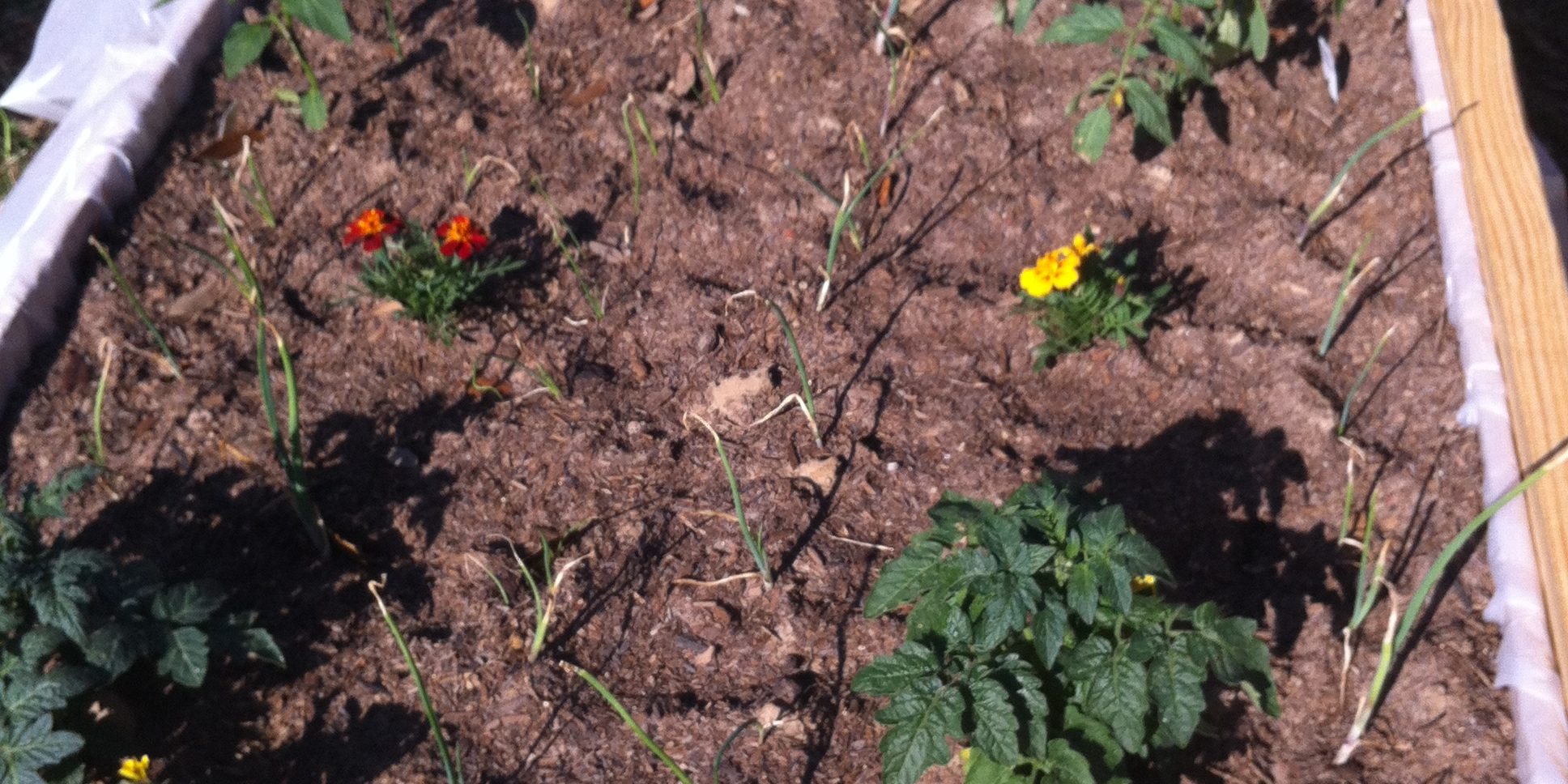 I’vd been studying on raised bed gardens and such. Not so much bending over, better control over weeds and critters, soil adjustments, and so forth. Started last year with an attempt at bucket gardening. I had some success, herbs did the best. Biggest problem was water, just could not water frequently enough during the day to keep such things as beans and cucumbers from wilting. My thinking was that I needed more soil to hold the moisture without drying out, or some means of more consistently watering.

After looking around on the web and YouTube, I found the rain gutter system, which takes a plastic rain gutter, with end caps, and attached 2 x 4 running the length. The 2×4 support the buckets. The buckets have a 2 – 7/8 inch hole in the bottom, and a 3 inch net cup installed in the hole hanging below the bucket bottom. When the bucket is set on the 2x4s the net cup sits in the rain gutter, which when filled with water to about an inch from the top, the cup is now in the
water. The cup is lined with burlap, cup and bucket filled with topsoil, and the water seeps into the
bucket by capillary action. A float valve is installed on one end of the rain gutter and connected with
a water supply, so the level of water in the gutter remains pretty constant, refilling only what water is
used. So I might give this a go this summer to see if it works any better than last year.

Here is a video that shows how it works

For longer term, the buckets aren’t going to provide enough garden space for what I want, so that brings
me back to the raised beds. Most I’ve seen are merely putting a little bit of a wall around the garden in
the ground and adding compost and other rich soil to the top. Still lots of bending over, and using the
ground. Arkansas is well known for the abundance of rocks in the soil, so don’t really want to go there.

My thinking is a raised bed, approximately 24-30 inches above the ground level, so you sit on the edge to do your garden maintenance. Critter wire in the bottom, covered with newspapers or something as a weed barrier. Then plastic liner, pond liner, something strong and will hold the water in the bottom 12 inches or so.
Filled with 3/4 inch rocks, and a pipe with holes in it, float valve to maintain water level, valve located in the
pipe so the float valve can be protected and float freely. The pipe has holes so water entering the pipe from the float valve can easily fill the plastic liner. The rocks will carry the water to the top of the gravel. Burlap or garden fabric lays over the gravel, covered with a light layer of sand, and then your garden soil the remaining 12 inches or so to fill the raised bed. Some drainage lines around the top inch of rocks, so if it rains really hard or something, the excess water will drain out to keep the soil from flooding out.

I’ve found some beds like that on YouTube, seems these are called Wicking Beds, and many of the videos are produced in Australia where it appears this method is popular.

What I have in mind is a little bit different from most wicking bed videos in that I want to use the float valve
to maintain the water levels. The video above shows the bucket and mentions it is for worms. Other videos
show the bucket but don’t mention what it is for.