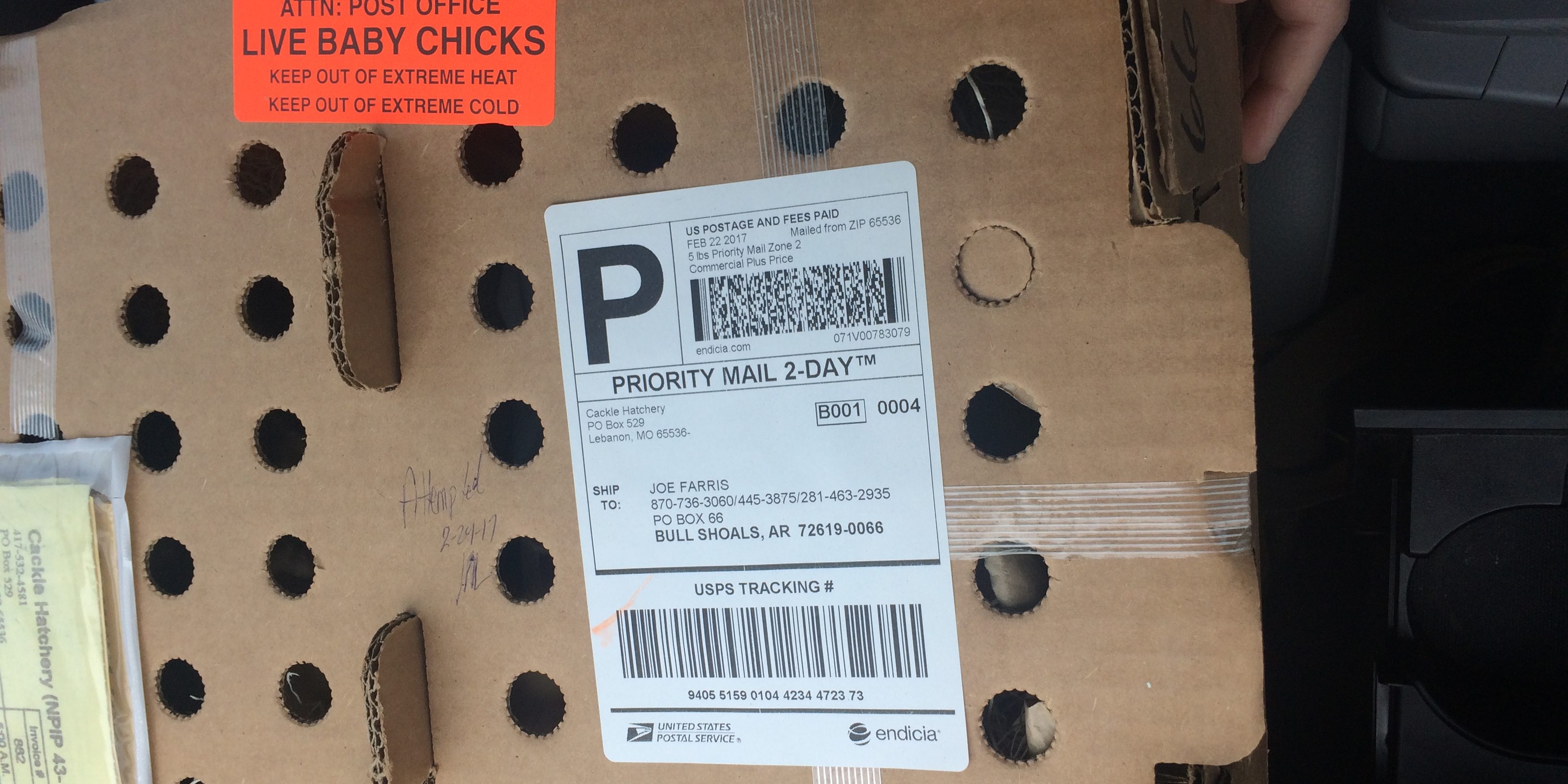 So the day arrived.  We expected chicks in on Thursday, but Friday was the day.  The chicks arrived at the post office and off we went.

We carried the box home, carried it to the chicken house and placed it in the brooder box under the red heat lamp.  All during transport, the chicks were peeping loudly.  Likely because of the movement, but also because it was quite cold outside and they did not like the cold air.  Once the box was settled under the heat lamp, things settled down and got much quieter.

Under the Red Heat Lamp

And finally the moment.  We opened the box top and had a look inside.

They were packed in a very sturdy box with ventilation, a heat pack and plenty of what seemed to be coconut hair to protect the chicks.  We took them out, one at a time and checked them over, did a head count.  One of the Buff Orpington chicks had a splayed leg issue.  Otherwise all were in good condition.  Cackle Hatchery, as is their routine from what I understand, often includes an extra chick or so in case any don’t survive.  In our case there were three extras, so or order came in with 33 chicks.