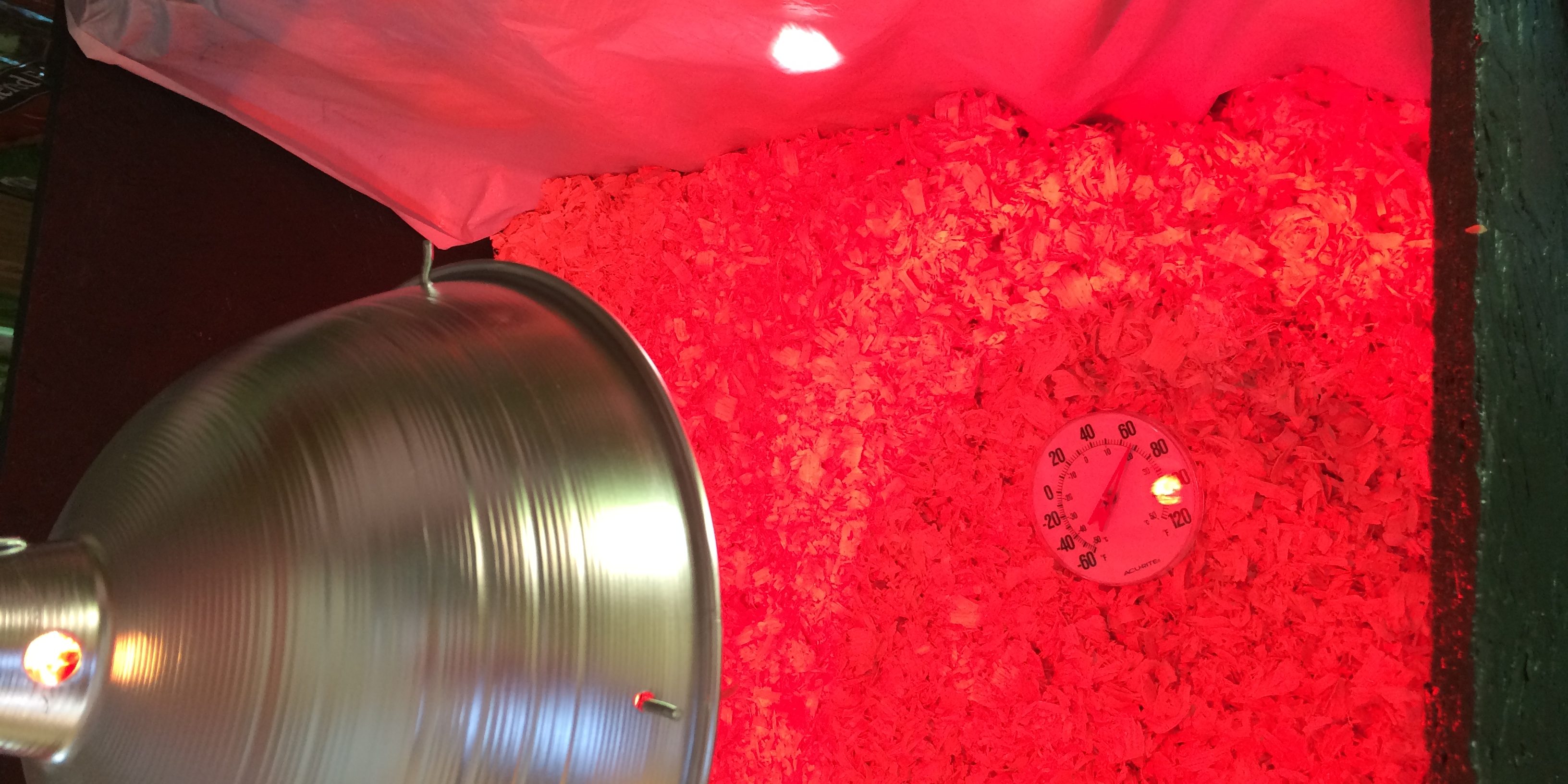 The new chicks were ordered from Cackle Hatchery on January 1st, 2017. Seems ages ago now but they are almost here, due to ship with a February 22nd ship date.

We have hung a brooder lamp over the brooder, and installed a red 250 watt lamp.

The brooder lamp plugged in, turned on, and warming the brooder. It is my impression the red lamp doesn’t heat as fast as the standard heat lamp we used last year, but it does seem to spread the heat out in a larger area, not so concentrated a spot. The weather should hold fairly warm – mid 50’s to low 70’s when the chicks are due in and for a day or two later, then dropping down to near freezing the next few nights. Weather forecast changes though, so no telling what to really expect. I have the second heat lamp available and if needed to maintain brooder temperature will turn it on, perhaps using a thermal switch that switches on at 35 degrees and off at 45 degrees. Time will tell how that will go.

So now just add feed and water and the baby chicks when they arrive.